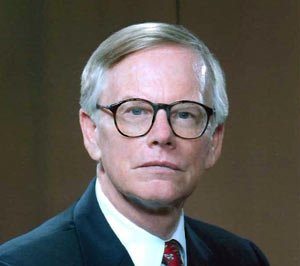 “I would like to do what I can to prepare our students to become good lawyers by educating them not only about the subject matter, but also about the importance of integrity and professionalism.”

James W. Diehm is a Professor of Law at the Harrisburg Campus of the Widener University School of Law. Prior to coming to Widener, Professor Diehm served as the Presidentially-appointed United States Attorney for the District of the Virgin Islands from 1983 to 1987. Before receiving that appointment, he was a partner in a St. Croix law firm engaged in a litigation practice. He also served as an Assistant Attorney General for the United States Virgin Islands from 1974 to 1976, and as an Assistant United States Attorney for the District of Columbia from 1970 to 1974.

He received his J.D. degree from the Georgetown University Law Center in 1969. Professor Diehm has been a lecturer and an instructor at the Attorney General's Advocacy Institute of the United States Department of Justice, at courses provided by the National Institute of Trial Advocacy, at seminars for judicial officials, and at a number of other similar programs throughout the country. He is the author of several articles and has, for four years, taught a course in Comparative Criminal Procedure in Widener's summer program in Geneva, Switzerland. In the fall of 1997 he was sent as a legal specialist, by the United States Department of Justice and the American Bar Association on a three-month mission to Ukraine and Russia to start the Criminal Law Reform Project in Ukraine. Professor Diehm teaches Criminal Law, Evidence, Criminal Procedure, and Advanced Criminal Procedure.

Professor Diehm retired on June 30, 2021, and the university awarded him emeritus status at the law school at the end of the 2020-2021 academic year.