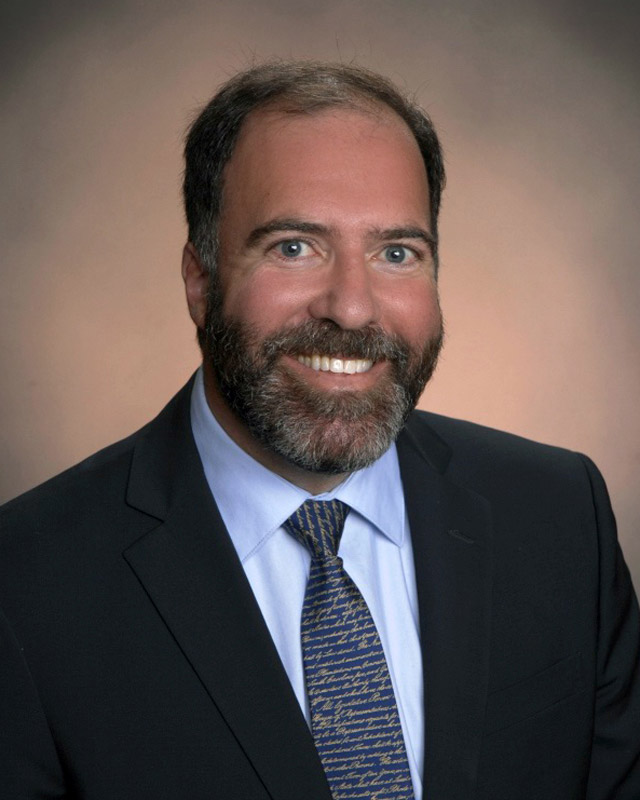 “Teaching gives me the opportunity to think and talk with students about some of the most interesting and timeless questions that have been asked throughout history. When we consider issues of government power and individual rights, the students and I get to challenge each other to think not just about what justice is, but about the proper role of the law – and lawyers – in achieving it.”

Michael Dimino is an expert on election law. He is the author of a casebook on the subject, and has written widely on the election of judges.  He also teaches and writes about constitutional law, legislation, constitutional criminal procedure, administrative law, federal courts, and U.S. Supreme Court politics.

Professor Dimino was appointed to serve on the Supreme Court of Pennsylvania's Appellate Court Procedural Rules Committee, effective July 1, 2022. This committee is responsible for making formal recommendations to the court for refining and updating the rules of appellate procedure.

In his free time, Professor Dimino officiates hockey and baseball.

Professor Dimino is the 2011 recipient of the Douglas E. Ray Award for Excellence in Faculty Scholarship and received the 2022 Faculty Excellence Award.

LANCASTER ONLINE
Michael Dimino provided commentary on 11/26/21 on a case in Lancaster County involving a candidate for school board who is challenging the Commonwealth Court's decision to not count certain write-in votes submitted through the county's election software.

ABC 27
Michael Dimino was included in story coverage on 9/1/21
Court says former Cumberland County judge should be disciplined for misconduct
While the former common pleas judge resigned from the bench on June 1, it was important the Court of Judicial Discipline still issue an opinion on his case.

Patriot News
Michael Dimino provided expert commentary on 4/27/16
McGinty moves toward battle with Toomey, but larger forces are at hand

The Philadelphia Inquirer
Michael Dimino was quoted on 10/25/15
The most significant race in recent memory for Pa. Supreme Court
Also appeared in the York Daily Record and the Lebanon Daily News.

Lexis Nexis
Michael Dominio was profiled on LexTalk on 9/18/15
Michael Dimino: Applying "The Rules" Both On and Off the Field

The News Journal
Michael Dimino, was quoted on 8/5/15
Battered but not broken, the Voting Rights Act turns 50

WHP-TV
Michael Dimino, provided expert commentary on 7/17/15
The legality of breaking into a car to save a pet from the heat

WDEL-FM
Michael Dimino, was a guest on 6/29/15
He discussed the Supreme Court’s decision on a redistricting case (no link available)

Michael Dimino, was interviewed on 6/26/15
How Same-Sex Marriage Ruling Could Effect Religious Schools

WHP-TV (CBS)
Michael Dimino, was quoted on 6/1/15
Reid's misdemeanor may not impeach

Michael R. Dimino, served as a panelist on televised discussion on 01/29/14
Panel Discussion on voter ID legislation (no link available)

The York Record and The Patriot News

Michael Dimino, on Pennsylvania voter ID law
Accept, appeal or pass a new law: Options for voter ID supporters in Pennsylvania (York Record 01/19/14)
What could a voter ID appeal to the Pennsylvania Supreme Court look like? (The Patriot-News on 01/17/14)