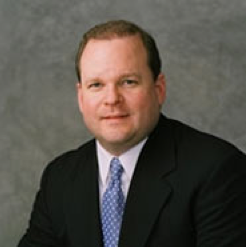 The Path to Success

“I had no preconceived idea of what would happen when I went to law school,” says Christian A. Davis ’92, a Partner at Weber Gallagher Simpson Stapleton Fires & Newby LLP who practices primarily in the area of Workers’ Compensation.

He pursued a legal career in part because of his mother. “My mother is a lawyer, and I kind of always looked up to her. People came to her. She was a problem solver,” he says.

A member of the first class at Widener Law’s Harrisburg campus, Davis came to the newly opened campus hoping to further his education, do well in law school, and then be hired by a good firm. “We didn’t have a group of second years or third years above us,” notes Davis, adding, “That changed the dynamic. It made us rely on each other a lot.”

While in law school, he participated in a range of activities, serving as a Vice Justice for Phi Alpha Delta during his 2nd and 3rd years, participating in an alternative dispute resolution competition at the George Washington School of Law, and serving as the Citation Editor for the Widener Journal of Public Law that would later become the Widener Law Journal.

Following law school, a posting on a jobs board about a clerkship with the Commonwealth Court of Pennsylvania led to him serving a clerkship with Past President Judge Joseph Doyle in 1992 and 1993. Many of the cases the Commonwealth Court heard during that time were Workers Compensation claims. The clerkship experience gave him a practical knowledge of Workers Compensation law that made him marketable, and he took a job with a Philadelphia firm to work in that capacity following the clerkship.

“I got a great education at Widener,” says Davis, adding, “I made a lot of contacts at Widener that I still maintain to this day with the teachers and other students.”

Drawing on his own experience, Davis had some good advice for future law students as well; “You’re going to face challenges for the next three years that you’ve never imagined. Study hard, listen to what people are telling you, and do everything you can to succeed. If you do well in law school, you can really carry a lot of those traits with you the rest of your life.”