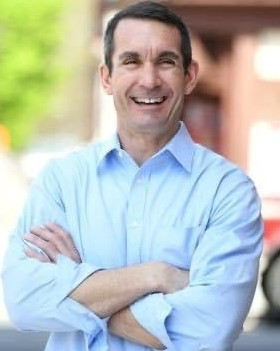 With a master’s degree in public administration from the University of Pittsburgh under his belt, Eugene A. DePasquale ’02 was working as the head of economic development for the City of York when he decided he wanted to add a law degree to his academic credentials.

But he had to support his young family and couldn’t devote himself to law school full time.

“I couldn’t afford to take three years off,” recalls DePasquale. “The flexibility was critical.”

Widener University Commonwealth Law School’s extended program allowed him to continue in his job while working toward his law degree.

“In addition to the master’s, having a law degree was a critical step in advancing my career in doing something in the public interest,” he said.

DePasquale praised Widener for teaching him how to think critically and applying legal principles in a practical way. “It was a great experience,” he said.

He said he appreciated the fact faculty members recognized that students in the part-time program were juggling many responsibilities at once.

“They knew there were going to be days when I was not at my best - not my A game - and that was ok,” DePasquale said. “This wasn’t ‘The Paper Chase,’” he said, referencing the 1973 classic film and subsequent TV series about a law school professor who berated his students.

After a stint as deputy secretary in the Department of Environmental Protection, DePasquale made a successful run for the state House in 2006 and represented the City of York for two terms and before running for Auditor General. In 2012 he was elected Pennsylvania’s 51st Auditor General and served two terms. In 2020, DePasquale won the Democratic primary in the race for the 10th Congressional district.

In concluding his final term in office as the state’s fiscal watchdog, DePasquale says he is most proud of an audit that led to fixing Pennsylvania’s child-abuse hotline, where some 58,000 calls had gone unanswered, reducing the number of untested rape kits in Pennsylvania and across the nation, and recommending improvements in the state’s response to the opioid crisis.

Audits conducted under his watch identified more than $1.05 billion in misspent or potentially recoverable state money, including in several major state institutions such as the Philadelphia School District and the Pittsburgh Water and Sewer Authority.

Although he is not a practicing attorney, DePasquale says learning the reasoning skills and developing the ability to understand legal and policy documents and draft legislation has served him well in government and elected office.

“Widener taught me that words matter, where a comma is placed matters, and where there’s room for interpretation of policy or not,” he said. “That’s where the law school training comes in.”

DePasquale lives in York County, with his wife, Tracey, and their two children. He also volunteers as a football and baseball coach in York.

Interview was conducted in Summer 2020 and updated in Winter 2022.