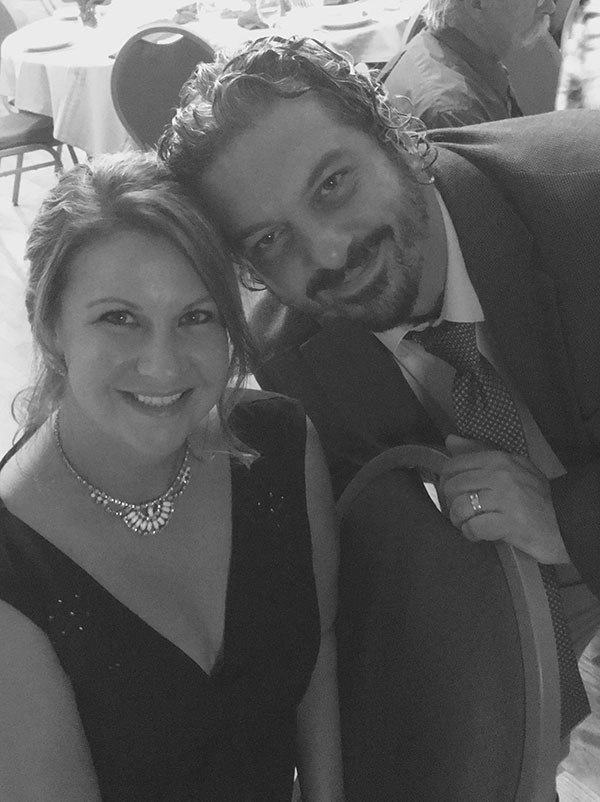 Disappointed, Bibikos, then a college senior, figured he had nothing to lose by enrolling in the Trial Admissions Program to try and earn a spot in the incoming class.

“If that didn’t work out, I was going to move back home to Bethlehem, into my parents’ basement, and become a welder like my Dad,” he said

George crashed with a friend  and hit the books, feeling confident by the time finals rolled around.

Afterwards, Bibikos headed to New Jersey to a landscaping job, putting law school out of his mind. But as the summer wound down, he heard from a few of his TAP friends that they had been admitted. Nothing came in the mail for him, however.

“I thought maybe I did so badly that they weren’t even going to bother rejecting me,” he said. “Still, I thought I should call, just to make sure. I really felt I had done well, and in those days, before cell phones and email, I was between addresses and was hoping that maybe my letter had just gotten lost.”

And lost it was. Bibikos was told that he had, in fact, been admitted and that if he wanted to attend, he would have to be in Harrisburg within two weeks.

“I wasn’t going to blow this chance,”  Bibikos said. “I packed up a milk crate of clothes and crashed on my friend Larry Bartel’s sofa for the first month or two.”

Bibikos, who graduated third in his class and served as editor-in-chief of the law review, passed the bar exam on his first try and landed an appellate clerkship out of law school.  He now owns a boutique practice focused on the oil and gas industry after spending 14 years of his career in Big Law, first at K&L Gates and later at Cozen O’Connor.

Although he didn’t know it at the time, TAP was the start of more than just law school for Bibikos.

“The first week of law school, I met my wife, Kristen Opdenhoff ‘03,” he said. “Just that, right there, changed my life forever.”

“Law school is no walk in the park, and I learned before I even got started that you only get out what you put into it,” he said.

He added that he is still friends with everyone he met in TAP.

“It’s like a boot camp,” Bibikos said. “TAP was such a big milestone for all of us. We had to jump through a few more hurdles than everyone else and we did it together, which created a real sense of camaraderie.”