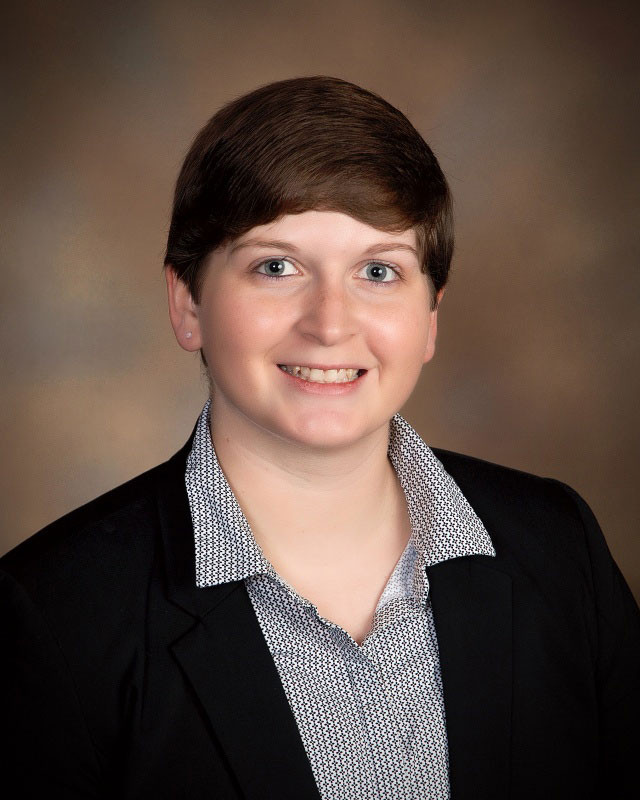 Jamie Cook was so mad about the way opioids had ravaged her community in the Northern Tier of Pennsylvania that she decided to go to law school.

“I’ve lost many childhood friends to the opioid epidemic,” Cook said. “I focused on criminal law and the public policy issues surrounding addiction while at Widener, and can’t wait to start putting it into practice.”

Cook graduated from Widener University Commonwealth Law School in May and will take the remote bar exam on October 5 – 7.

She hopes to land a job with the Tioga County District Attorney’s office.

Selected for a Harrisburg-based externship with the National Alliance for Model State Drug Laws during her second year of law school, Cook stayed on as a part time law clerk until the organization was shuttered earlier this year.

NAMSDL was founded in 1993 and focused on creating a model code of laws to help states effectively address alcohol and drug abuse.

“I worked on a 50-state survey of opioid laws, and helped craft model legislation addressing how best to help people into recovery,” Cook said. She even travelled to the NAMSDL convention in Utah during her second year to present research on the laws surrounding drug deliveries that result in death.

During her third year, Cook founded the Widener Law Commonwealth Criminal Law Society. But the outbreak of the COVID-19 virus disrupted the plans she had made with co-founders Wayne Bridgham ’20 and Franqui Raffaele ’20, which included hosting judges and holding “Jeopardy nights.”

Cook received two certificates from the Widener Law Commonwealth Law and Government Institute – the Administrative and Constitutional Law Certificate and the Legislation Certificate.

She was also a member of the law school’s Federalist Society.

After the law school’s campus was shut down in March, Cook found her online classes difficult and missed interacting with her classmates and professors. She said that not having the live graduation ceremony was hard for her.

“Like all law students, I had a vision of what graduation would be like,” Cook said, adding that she hopes her class can come together to celebrate in person in December.

Taking the bar review classes online has also been challenging for Cook. To eliminate worries about the spotty Wi-Fi at home in Nelson, she plans to take the online bar exam at the Widener Law Commonwealth campus; the law school has arranged for test administration space for its recent graduates.

This interview was conducted in Fall 2020.