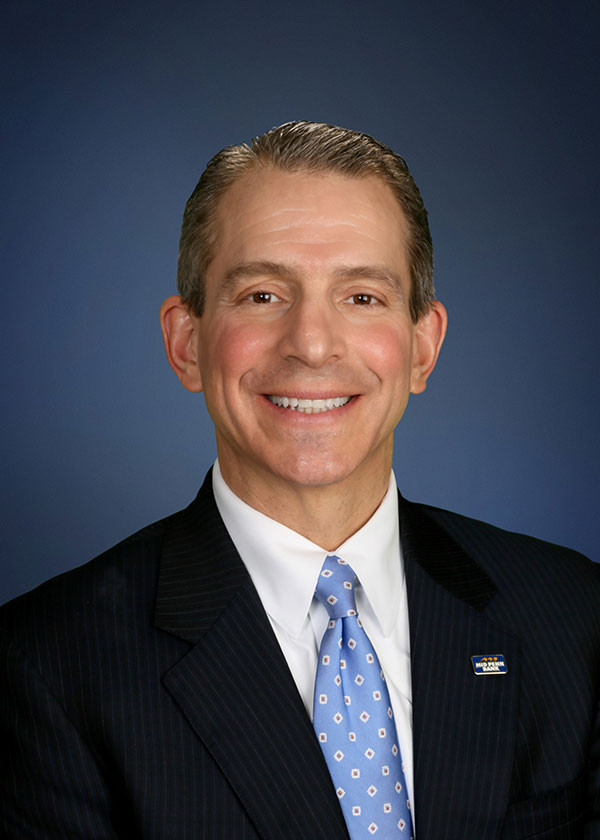 While most of the business world ground to a halt – or near halt -  this spring, Rory Ritrievi ‘98 and his team at Mid Penn Bank were working 24/7 to get federal loans to small business clients.

When the CARES Act passed, Ritrievi set up teams and a war room to help ensure their clients were positioned to receive federal funds.

“The world of banking dramatically changed along with the rest of the world in March,” said Ritrievi, president and CEO of Mid Penn Bank and its parent company Mid Penn Bancorp, Inc. “Mid Penn has worked to stay ahead of all the challenges COVID-19 has presented to us, our customers and our communities.”

Ritrievi  was named to lead the Millersburg-based bank in 2009, after having served as market president and chief lending officer of Commerce Bank/Harrisburg N.A.

Ritrievi’s path to Widener University Commonwealth Law School started as he was wrapping up his MBA at Penn State in 1993.  He was attracted to the idea of the “extended division” (now known as the four-year program) for students who wished to pursue a law degree in the evenings.

Ritrievi says one of the reasons he chose Widener Law Commonwealth was because of his friendship of developer John Vartan, who was one of the early supporters of the university and one of its biggest proponents.

“So, the decision to attend Widener was quite easy. It was the only program that suited my unique needs,” he said. And he jokes, “had I gone elsewhere, I would have lost a great friend!”

Ritrievi describes his experience at Widener as “spectacular.”

“I valued each and every professor I had and some of them - like Randy Lee, Juliet Moringiello, John Gedid, John Capowski, Michael Cozzillio, Bob Power and Robyn Meadows - successfully taught me concepts that I still remember today - 22 years later,“ he said.

Among his accolades, Ritrievi was named to [Widener Law Commonwealth’s “Distinguished Young Alumni,” ] Central Penn Business Journal’s “Forty Under 40,” and was the Leukemia and Lymphoma Society’s “Man of the Year.”

“My CFO always tells me it appears that I am playing chess while everyone else is playing checkers,” said Ritrievi. “One of my board members calls me the Wayne Gretzky of banking because he says I am always moving to where the puck is going to be instead of where the puck is now. I owe all of that to the experience at Widener. Had I not gone through that, I would just be a really good bank employee.“