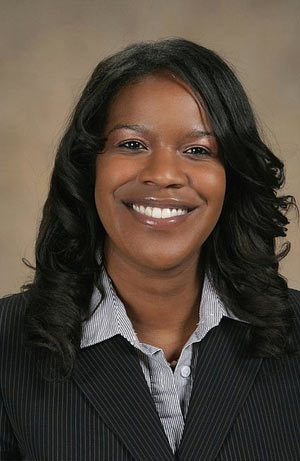 The Confidence to Succeed

“I really enjoy the fast paced environment that I am working in,” says Taisha Tolliver ’11, a graduate of Widener Law’s Harrisburg campus who now works as an associate at  McDonnell & Associates in Cherry Hill, New Jersey and was previously an associate at Burns White LLC.

During her time at Widener Law, Taisha participated in the Trial Advocacy Honor Society and was even named “Best Advocate of 2010.” She describes that experience as “very beneficial,” adding, “Because of Trial Ad, I am confident in the courtroom and really enjoy the art of litigating.”

Taisha began working as a law clerk with Swartz Campbell LLC's Harrisburg office in the summer of 2010, and after she passed the bar exam, they offered her a position as an associate. “I was nervous and excited after learning that I passed the bar. I was confident in myself that I was entirely capable of performing my new position, however I was still nervous about moving to a new city and actually beginning my career,” she says, adding, “I knew the transition from being a full time student to a full time attorney wouldn’t be easy, but I was up for the challenge.”

Taisha later took her current position with Burns Whiteside. She practices in the health care area with an emphasis on medical and nursing home malpractice defense.

Taisha’s work often takes her out of the office to attend hearings, depositions, and client meetings, but she enjoys the work. “I love the interaction I have with others in the legal community and the hands on experience I am gaining,” she says with enthusiasm.

In addition to her experiences with the Trial Advocacy Honor Society, Taisha stresses the importance of networking during law school. “While in law school, attend as many social networking events as possible – it’s a great way to meet other lawyers in your legal community before you begin practicing,” she says, adding, “Get involved in the different societies offered, as many will provide invaluable skills that you will carry with you throughout your legal career.”

To those contemplating attending law school, Taisha says that the “First year of law school can be extremely overwhelming, but keep at it – nothing worth doing is ever easy!”