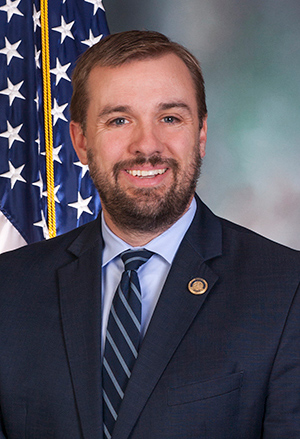 This event will be hosted via Zoom.

A Virtual Conversation with PA State Rep. & Speaker of the House Bryan Cutler

Join us for A Virtual Conversation with PA State Rep. & Speaker of the House Bryan Cutler sponsored by the Law & Government Institute.

This event is open only for the Widener Law Commonwealth Campus Community. Students interested in attending, please email Prof. Family for Zoom info.

Serving his seventh term in Pennsylvania General Assembly, Bryan Cutler represents the 100th Legislative District in Lancaster County. In June 2020, he was elected by his colleagues to serve as the 139th Speaker of the House, having previously serving as the Majority Leader.

Bryan’s emergence as one of Pennsylvania’s key leaders reflects his approach to life: Give back to the community that helped you. A lifelong resident of the Peach Bottom area, Bryan faced adversity as a high school student when both his parents were diagnosed with ALS (which eventually took both their lives) and he took on the responsibility of caring for them and his younger sister. The community helped out and embraced Bryan and his family, helping meet their every need.

At a time when most young adults headed off to college, Bryan worked and put himself through a trade school to become an X-ray technologist. Soon after, he married his high school sweetheart, Jennifer, and graduated summa cum laude, from Lebanon Valley College with a health care management degree. Following several years of working at the local hospital overseeing the budgets and daily operations of several sections in the radiology department, he pursued a law degree, focused on health care law, from Widener Law School and become a member of the Lancaster Bar Association and began practicing law with the firm of Nikolaus & Hohenadel.

The desire to give back to the community – which did so much for him and his family – drove Bryan to run for public office. He was elected in 2006.

With his extensive background in health care and the industries that deliver these vital services, Bryan has been a constant advocate for policies to make the state’s health care system more accessible and affordable. He is an outspoken champion for ALS awareness and research, especially its impact on veterans. He also serves as a legislative appointee to the Pennsylvania Trauma Systems Foundation.

Bryan’s background in hospitals has also translated into writing laws to make the Commonwealth’s hospitals work more efficiently. His bill to eliminate redundant hospital accreditation procedures for hospitals that already meet all state licensing requirements, was signed into law as Act 60 of 2013. The law has allowed Pennsylvania hospitals to spend more of their time and money serving their patients.

Since coming to Harrisburg, Bryan has battled to ensure only the people eligible for human service assistance receive the help they need, while working to shut the door on fraud and abuse in the system. His leadership on a House welfare reform task force and his tireless activism for changes to the Low-Income Home Energy Assistance Program (LIHEAP) led to the passage of Act 164 of 2012. This law implements fraud detection and prevention mechanisms through the use of an Income Eligibility Verification System and strengthens fraud reporting measures and whistleblower protections.

In an effort to promote greater integrity for those that lobby state government, Bryan drafted legislation to strengthen lobbyist disclosure. The bill became Act 2 of 2018.

Bryan’s legislative achievements have all received strong bipartisan support and are a sign of his willingness to work together for the best interest of Pennsylvanians.

Bryan and his wife, Jennifer, have three children, Cheyanne, Caleb and Drew. The family lives on an 11-acre “hobby farm” in the same log cabin home where Bryan grew up. The Cutlers are active members of the Wrightsdale Baptist Church.