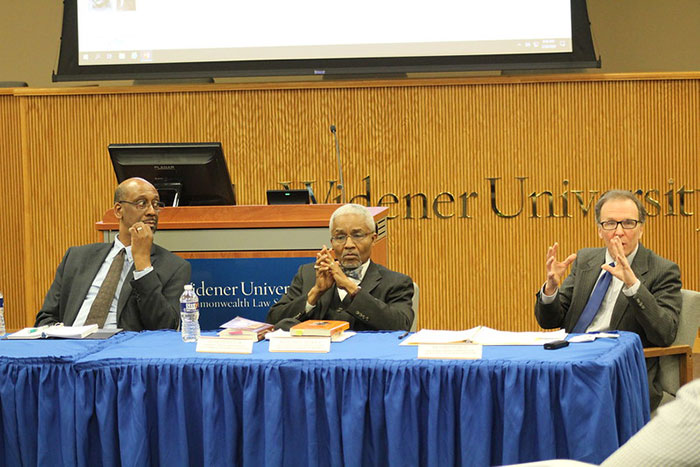 Dean’s Diversity Forum: Celebrates Centennial of the Harlem Renaissance: Law, Lawyers and the Pursuit of Excellence

Widener Law Commonwealth welcomed an esteemed panel of lawyers and scholars to the campus last Friday to commemorate the centennial of the Harlem Renaissance, the theme for the 13th annual Dean’s Diversity Forum.

About 75 people were on hand to hear three panels cover a range of topics exploring the intersection of race, culture and the law, both historically and in the present day.

“Widener Law Commonwealth is fortunate to welcome such an esteemed group of lawyers and scholars, including our alumni, and talented students, to participate in this important event,” said Dean Christian A. Johnson, who noted in his remarks that 30 percent of the incoming first year students are men and women of color. 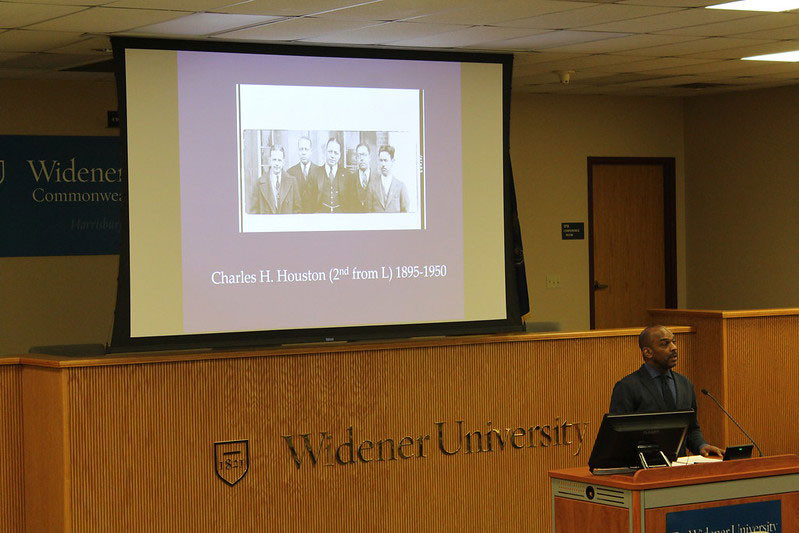 Civil rights lawyers were practicing during the Harlem Renaissance, a time of exceptional creativity and robust thought, when Americans were asking “hard questions about race and identity,” Mack said.

“Lawyers, like artists in the Harlem Renaissance, were renegotiating boundaries of race in the early 20th century and using the courtroom to do it,” he said. “Law is a tie that binds us together.”

In the panel “Law of the Arts and a Lawyer’s Role in the Creative Process,” two Widener Law Commonwealth alumni, Todd J. Shill ‘93, co-founder Pillar + Aught and Deryck Henry ‘95, of the law offices of Deryck Henry, discussed the impact of television on American culture.

Asked if television can influence culture, Shill, an entertainment lawyer who has worked with major film and television production companies on shows for many networks, said, indeed it can. Among Shill’s clients was Levi Stoltzfus, star of the hit reality TV show, Amish Mafia.

“Look at the thirst for knowledge about the Amish. There’s a reason [Stoltzfus’] book (Amish Confidential) was on New York Times best seller list,” said Shill.  “Not only did they change their culture, they’ve changed us because of the exposure.”

"There is still more progress to be made," Nichols told CBS 21, which covered the event. “That will happen when we have programs like this, where people can dialogue, learn, and relate to each other.”

View the photos from this event on our Flickr page.