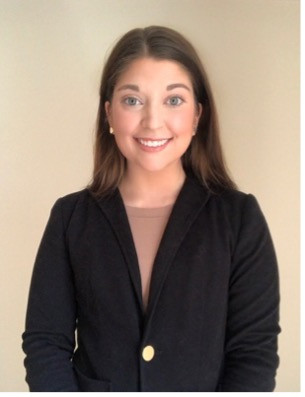 Three years have flown by for Megan Harmon, and she’s certainly made the most of her time at Widener Law Commonwealth.

While she admits that some might say she was a bit too involved, Harmon has made her mark in a number of ways, serving as an Academic Success Fellow, a Student Ambassador, and in various leadership positions with the Student Bar Association, as president of Phi Alpha Delta, and as a peer advisor and peer mentor. In addition, she shared a bit of her life as a student during a special social media takeover in early 2022 on our Facebook and Instagram channels.

Harmon’s most memorable and rewarding experiences included working as an Academic Success Fellow and Research Assistant for Professor Michael Dimino and receiving the CALI Awards for earning the highest grade in Criminal Procedure and Federal Courts.

While she admits she struggled a bit while classes were online for a period of time during the pandemic, Harmon persevered and now is looking ahead to life after law school.

As far as advice for future students, Harmon recommends refraining from comparing yourself to other students and to stay true to yourself. “It is so tempting to gauge your success by comparing yourself to the way that other students navigate law school, but the truth is that we are all different and there is no ‘right’ way to go about anything. You need to find what works for you because success is personal!”

If she could go back in time to her first year ‘self,’ Harmon said she’d tell her to “worry less, but not too much less, because pressure makes diamonds. I’d also remind her to take it all in and really appreciate the time left with classmates because time flies!”

Interview was conducted in Spring 2022.